Will be here Sunday, May 11th, at 2 pm. Reading bits from “The Mourning After,” and sharing anecdotes. Also want to share some of the new book, “The Gardens of Ailana,” now in progress,

Now that “The Mourning After” has entered that stage where folks buy it from stores and the internet, and I rarely know any of these new readers; I really want to pause once again in fondness for those who have loved her. I especially want to thank, deeply and sincerely, those of you who have loved her enough to tell friends and family.

I have to describe “The Mourning After” in 300 words or less, emphasizing protagonist, setting, and theme. This is 273. What do you think? Any suggestions?:
Nightmares of war and death from lost centuries torment a young boy. He can’t separate fantasy from reality. Denis meets a child he calls M. She knows his dreams intimately. Telling him they’re more than imagination, she asks, “Do you … remember?”
They tear at him with devastating force and detail. Driven by a need for answers, the adult Denis searches America, finding only more questions.
Amid the storms and whispers of a haunted forest with intentions of its own, he finds a decrepit cabin, where his terrors start coming real. Beside its old barn someone has been tending the grave of at least one of his “imaginary” childhood playmates, Enoch.
Nothing makes sense if he can’t let himself believe that he and M lived there long ago. That they’ve loved each other for lifetimes, with increasing desperation, as he keeps dying young, leaving her grieving into lonely old age.
Enoch, always in the background, somehow holds the key to ending this cycle of suffering.
Denis searches for M, as she fights her own haunting mysteries back to him.
He meets a quiet, mysterious man in the forest.
In a world where death is just another beginning, they must trust in what they cannot believe.
M arrives too late. She finds Denis’s journal, his grave, and this deeply hurting stranger. To smash this ancient chain of tragedy, she must follow Denis into death.
From the other side, he has to find a way to stop her.
Then she falls in love with the stranger.
That which can’t possibly be true weaves through wonders that can’t be denied, until love makes everything real.

I am dearly touched by all who have read “The Mourning After” several times. When you so passionately share with me how much more you get out of it each time, how it draws you in deeper, comes more alive, I see that it is more than just a gathering of words. It has a heart. It breathes. It calls to us from inside, drawing us in through our dreaming.

So many of us have loved children who have trusted us with memories of their earlier lives. “You remember, Mum. Back when we had that farm, and you were my daughter….”

For parents, this can be scary; what is wrong with their kid? But try to see it from the little one’s point of view. This is real for him, whether imagined or not, and it may very well not be his imagination. There have been an awful lot of studies supporting such possibilities.

As with any other early developing personality trait or self-questioning, though, we can nourish his budding spirit, or shut him down, planting even more doubts within him. He may have worked hard developing even this much confidence and strength of character over long decades spent working that farm, raising his own children; conquering, and losing, and conquering again.

Do you really want to take all that away from him? Tell him it was just a dream; that he made it all up? That those few things he has learned to trust in, believe and depend on, are just craziness? That where he feels strong, he’s really weak?

That could be unnerving to him; disturbing; even devastating for the child.

Like all memories, these will fade with time. Hundreds of studies have shown that they tend to be pretty much gone by age 5, maybe 7.

But suppose their aftermath starts surfacing again in his grown years, once he has long forgotten his roots. He no longer remembers things he had said, things he’d known, things he had entrusted long ago into your care. Now he faces harsh challenges that can only be resolved, can only make a modicum of sense, from this earlier perspective.

You could be the keeper of his dreams. You could help him make that invaluable connection. You could go back over your notes from those times, and tell him, “Here! It’s right here! This is how you handled it last time. You used to wonder about this same thing when you were little, and now here it has come up again. THIS is the connection! You are completing something you left unfinished that last time!”

But if you had taken no notes? If you had dismissed your child and all he had worked so hard to conquer before that? If you had essentially just told him, “You are flawed! You are weak! There is no help or progress in this unfriendly world; we must start it completely from scratch!”

How discouraging that could be for his tiny new spirit; how devastating. Is this really the barren, infertile field you want your child to sow future hopes and potentials in?

If your child comes to you in trust; cherish him! Cherish him, and all he clings to most dearly.

Yes; it is just that simple.

Children come in with enough vulnerabilities. Please don’t smash them down into these when they most need help standing. 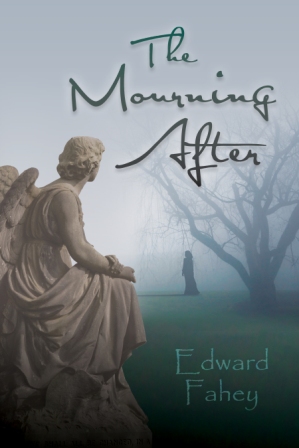 In a world where death is but another beginning, you must trust in what you cannot believe. - For those who wonder what lies beyond. For those who love; and hope.